PESHAWAR: The Pakistan Tehreek-e-Insaf (PTI)-led government in Khyber Pakhtunkhwa (KPK) Monday cancelled 796 jobs appointments in the Prisons Department after its own lawmakers alleged corruption, nepotism and violation of merit in the selection. The government was unwilling to rescind the appointments but the PTI lawmakers of the ‘likeminded group’ forced it to undo them.They were yet not satisfied and called for the sacking of Malik Qasim Khan Khattak, advisor to the chief minister on prisons. They threatened not to stop their protest until the removal of the ‘corrupt’ advisor. The issue of unmerited appointments disrupted the assembly proceedings on Monday, second time in the last 10 days, as PTI lawmakers fiercely spoke against ‘widespread corruption in all government departments,’ particularly in prisons and health departments. 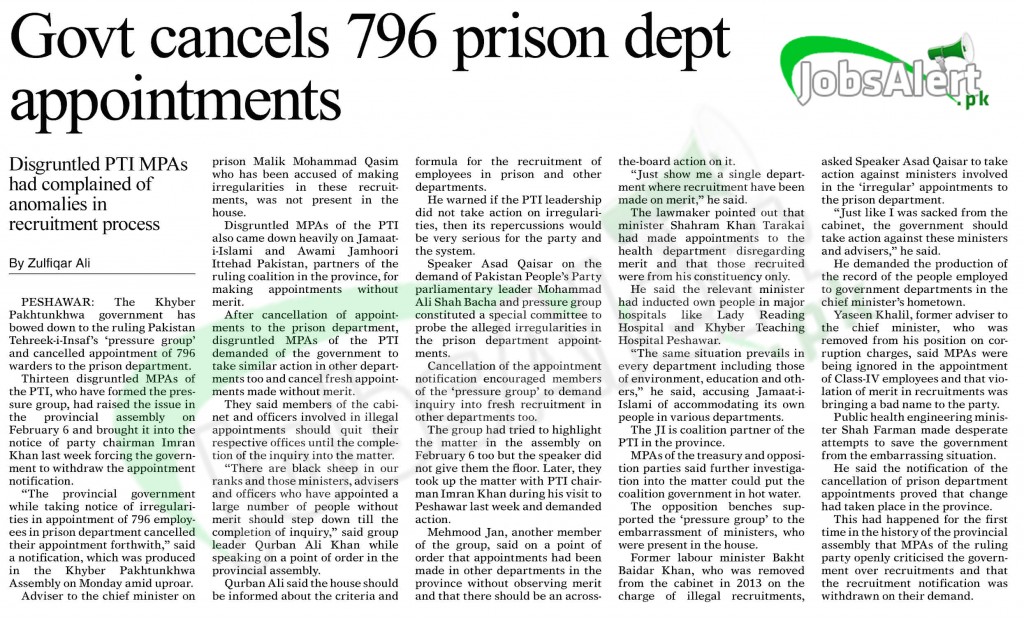