Jobs in Sahiwal 2020-2021 are available which means Sahiwal Domiciled educated and skilled individuals can have the latest Government / Private jobs here on this page. Sahiwal city is located in the Punjab province, Pakistan. The city has a total area of 3,201 kilometers square and 1,236 square miles. The city lies in between the LAHORE and MULTAN and is the 14th largest city in the Punjab and 22nd largest city in Pakistan. Its densely populated city between the Sutlej and Ravi River. Punjabi language is spoken by the citizens of this city and Urdu and English is well known as everywhere. The city has its own broadcasting channels and FM Radio channels. The economy of this city is based on industrialization and on agriculture and the main production of this city are Wheat, Cotton, Grain, Potato, Rice and cattle of this city are famous. Beside this many industries are also set up and educational institutes, hospitals, sports are also available in this city. Jobs regarding this city are published in this city in newspapers and on internet websites for unemployed individuals. Here at this page of our website we’ll provide you WAPDA Hospital Multan Jobs 2023 Application Form & Eligibility Criteria. Government Job Opportunities are available in Wapda Hospital Multan and Allied Dispensaries working in Rahim Yar Khan, Bahawalpur, Bahawalnagar, & Sahiwal and basic purpose of Wapda hospital and allied dispensaries is to provide services to the employees of MEPCO, WAPDA, GENCO and NTDC. 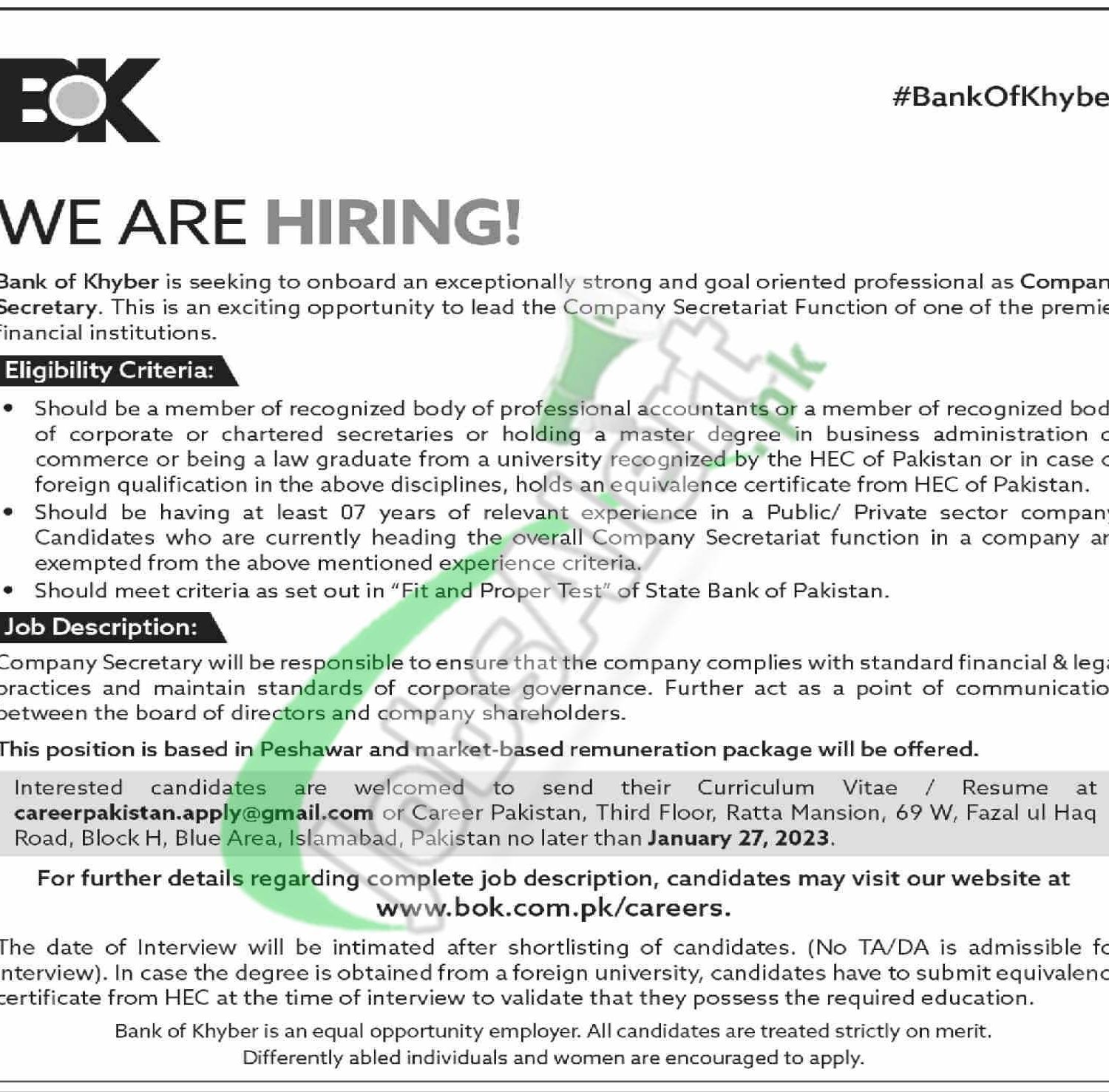 Today at this job page you will be having the latest job offer from Bank of Khyber Jobs 2023 in Islamabad Latest Advertisement. For all those applicants who are looking for career opportunities, The Bank of Khyber is a well-reputed bank which is having its name on the list of well-known banks and is looking to appoint applicants in Islamabad. 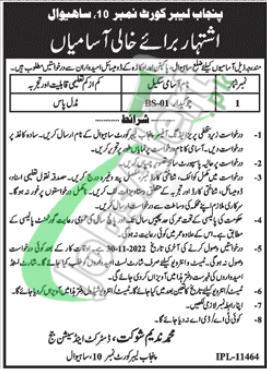 You can get Punjab Labour Court Sahiwal Jobs 2022 Careers Offers Latest. Jobs in Punjab Labour Court No. 10 Sahiwal are available and it is looking to recruit Punjab Domiciled candidates who are well educated and skilled for the following positions given below. 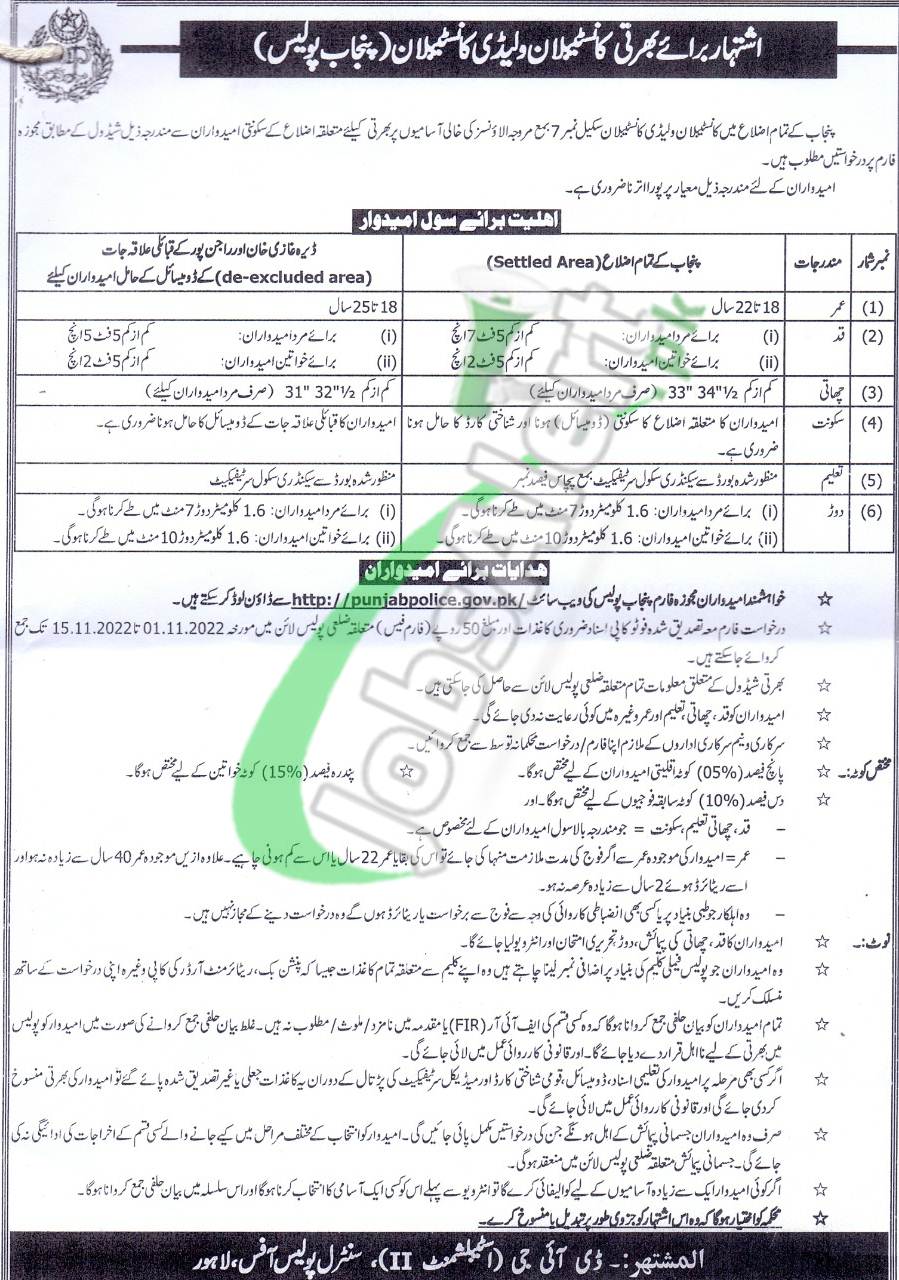 Application Form Download for Punjab Police Jobs 2022 Constable Recruitment Schedule Date & Time in Punjab from www.punjabpolice.gov.pk or www.JobsAlert.pk. Nowadays Punjab Government has given permission to Punjab Police Department to enhance the Police Constable & Lady Constable Staff in different districts of Punjab such as Lahore, Rawalpindi, Multan, Faisalabad, Kasur, Chiniot, Attock, Mianwali, Rajanpur, Muzaffargarh, Rahim Yar Khan, Jhang, Sahiwal, Gujrat, Vehari, DG Khan, Layyah, Bahawalpur, Gujranwala and etc. In all the above districts, Constable Jobs are announced for which eligible candidates are directed to step forward and apply according to the following schedule given below Latest Police Jobs in Punjab. 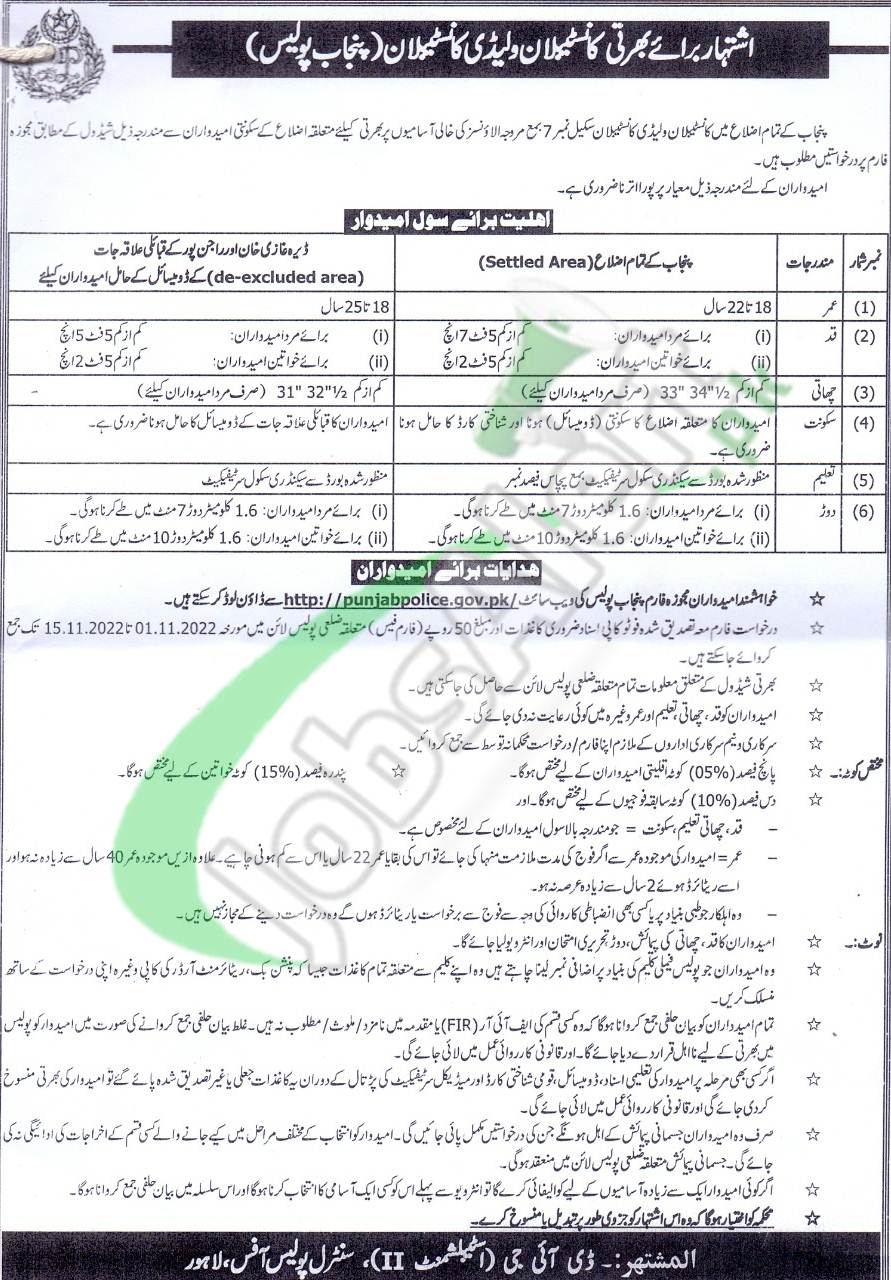 Here at this page, you’ll have HBL Jobs 2022 Habib Bank Limited Lahore Karachi Islamabad Apply Online for HBL jobs for Fresh Graduates. Jobs in HBL Habib Bank Limited are available and currently, HBL is looking to hire staff for all branches of HBL across Pakistan due to this, it is seeking highly educated, very experienced, motivated, determined, and hardworking candidates for the following positions given below. 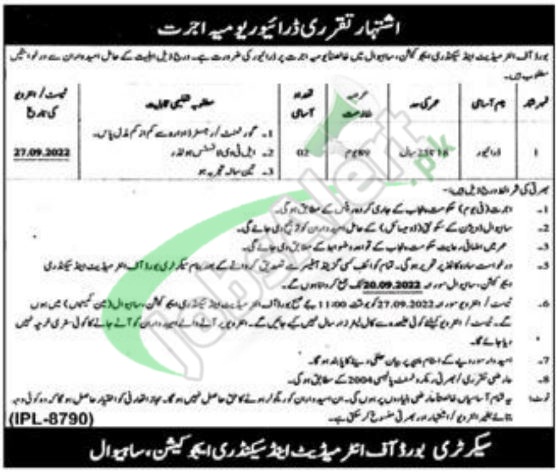 For the well-educated residents of the Sahiwal district, we provide here BISE Sahiwal Jobs 2022 Advertisement Application Form Download Online. Jobs in BISE Sahiwal Board are available and applications are invited from the educated, experienced, hardworking and well-disciplined candidates for the following government jobs given below.

Get Government Haji Abdul Qayyum Teaching Hospital Sahiwal Jobs 2022 Latest at this page of our site. For the residents of Sahiwal District male & female, new job opportunities are announced today according to which applications are invited for the following government jobs given below. 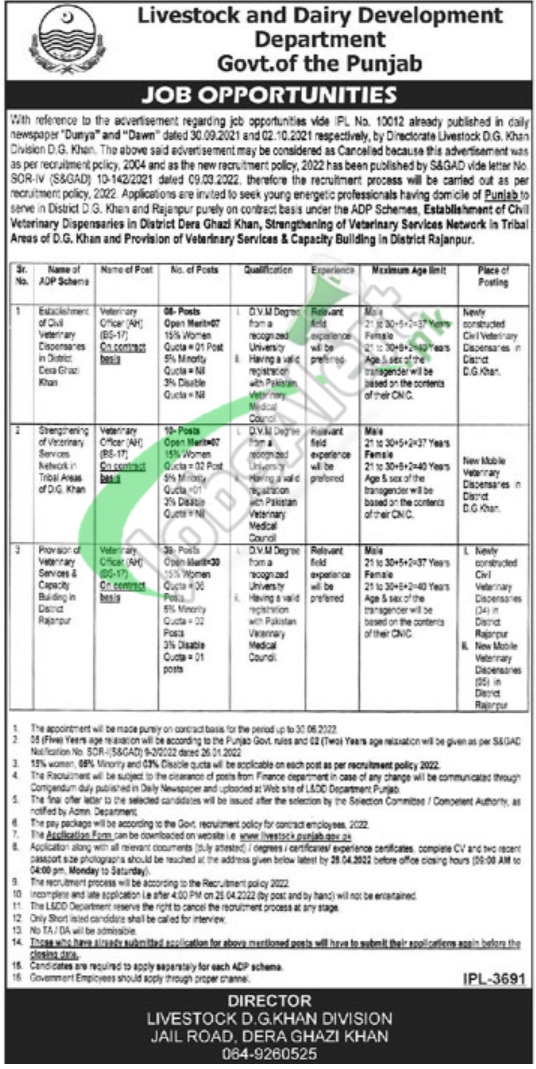 Here April vacancies are there from Livestock & Dairy Development Department DG Khan Jobs 2022 April Advertisement. Applications are being offered from Livestock & Dairy Development Department for DG Khan district intends to hire the well disciplined, caliber, adroit and caliber applicants are required to apply for the following government jobs which are named as (Veterinary Officer (AH) (BPS-17)) are the current vacancies which need to be filled by the applicants. 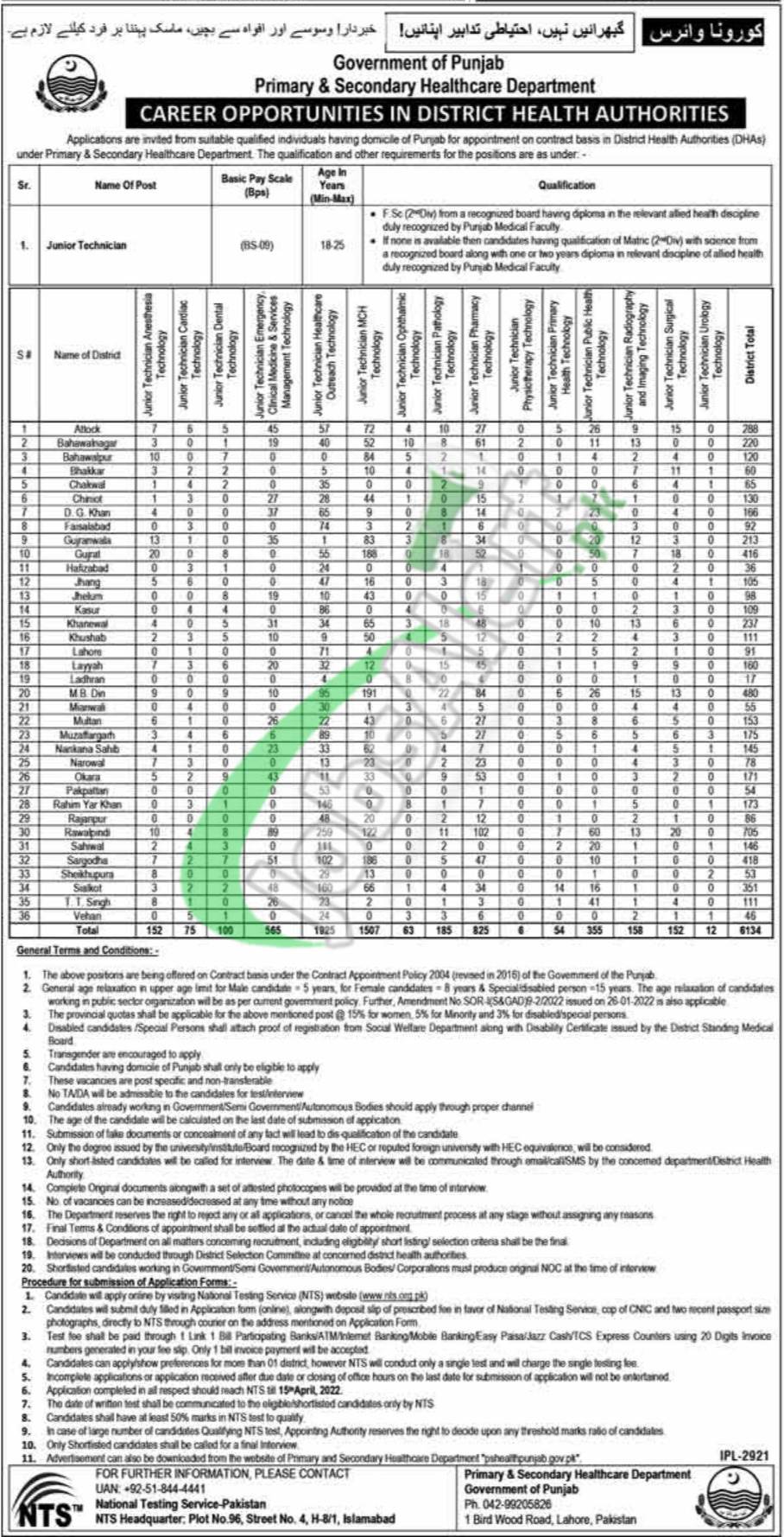 Apply Now
1 … 13 Next
How helpful is this website for you? Share your feedback with us, or give us a like to help us improve. Stay up to date with us by following our Social Networks.