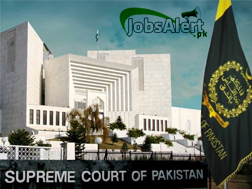 The case was hearing by two member bench which was headed by Justice Anwar Zaheer Jamali and after the hearing heard about the Employees Old-Age Benefit Institution (EOBI) corruption case, the Supreme Court of Pakistan (SC) issued its short order in which SC clearly mentioned that, SC has nullified 238 appointments and order recruitment on vacant seats following rules and regulation and keeping in mind the quota on the posts.

Supreme Court further said that the Chairman (EOBI) is responsible for the next recruitment. If we read the short order detail than we got to know that SC also issued an order to take serious action against Raja Azeem Ul Haq who is the son in law of former premier Raja Pervaiz Ashraf, because he is responsible for all those appointments.