Join Pakistan Air Force as Aero Trades / GC / P.F & D.I / M.T.D & sportsman. There is very great opportunity for those students who have to passed matric recently. Qualification must required matric which has been cleared in Science and also obtained 60% marks. Interested candidates can online registration and further details through that website given below. All details are provide for you about that positions in this advertisement. You can registered from 21st October to 31st October 2013, candidates must knowledge the computer operating due to computerized test. All contacts are given below area wise of Pakistan. Please keep visit on this page to get latest updates. 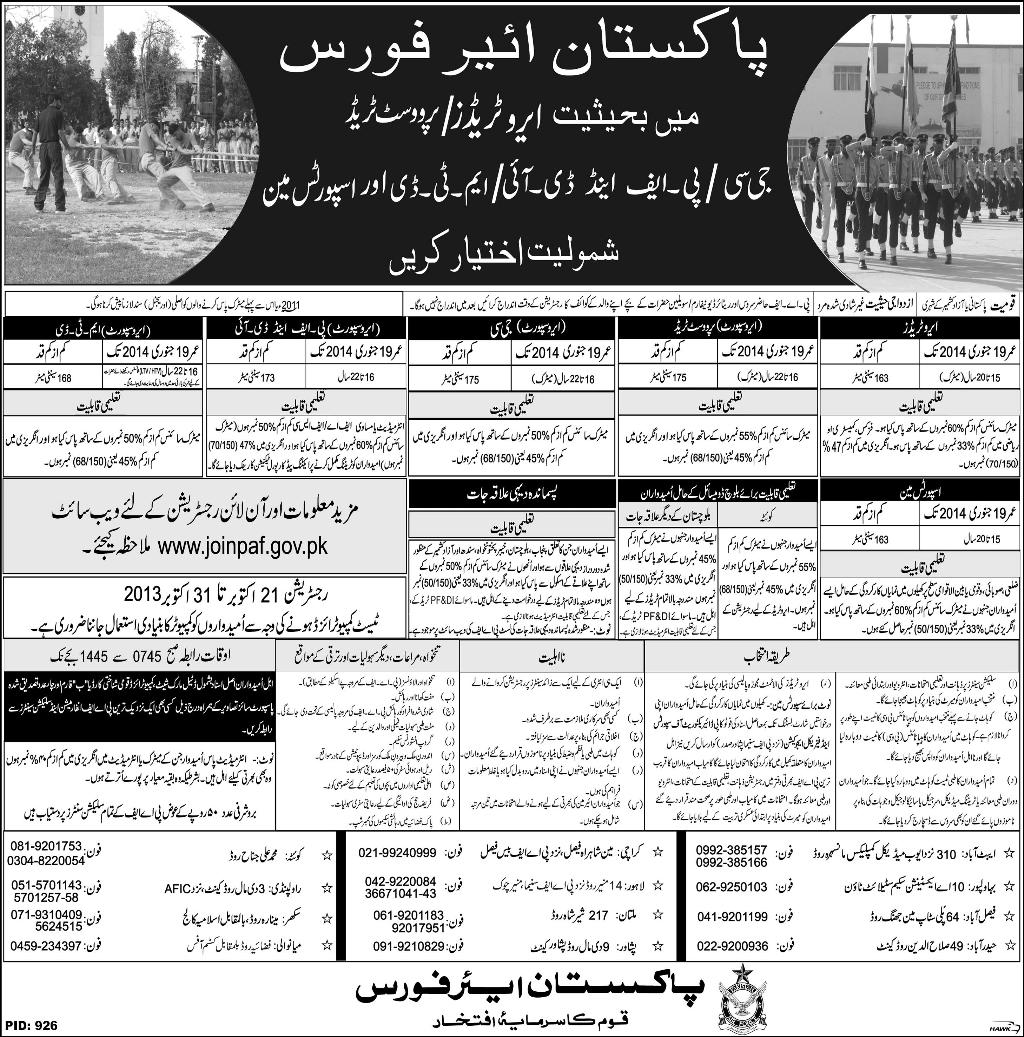