Here in the following you'll get Combined Military Hospital CMH Mardan Jobs 2019 Latest Advertisement announced for the Mardan Domiciled candidates who are under Matric and looking to have job in Government Sector.
Candidates willing to apply should possess qualification Matric / Middle / Primary for the following positions such as (Sanitary Worker, Aya, Naib Qasid).
Candidates meeting criteria mentioned in the following image are suggested to apply along with all relevant documents before the last date 26th August 2019. 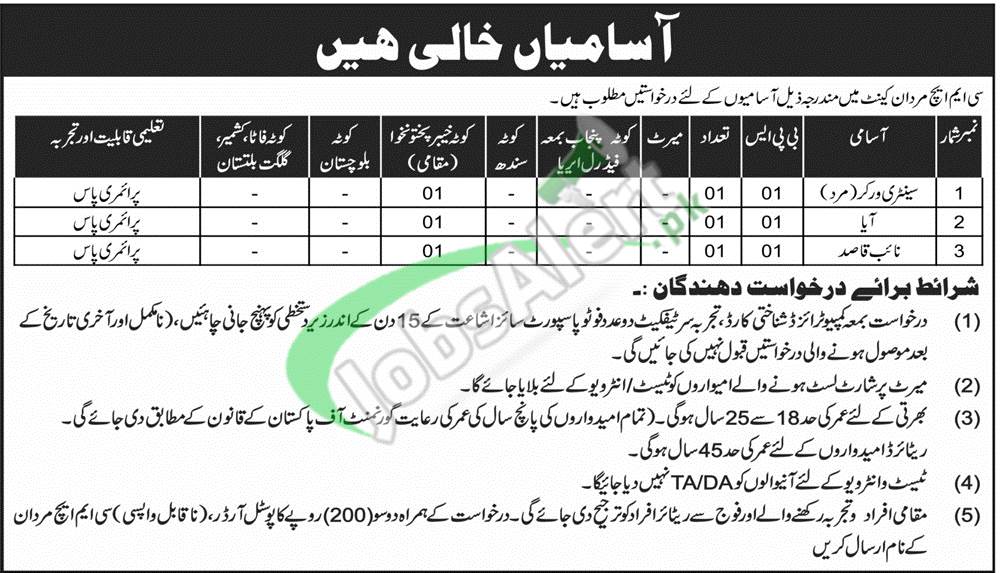