Those who are interested and willing to apply for the job should get registration via online at the official website of Pak Army or by appearing at Army Selection and Recruitment Centers (AS&RCs). Time period for registration is 22nd July, to 15 August, 2014 and after registration initial test will conduct on 19th to 22nd August, 2014. Selected candidates will appear for interview at GHQ Selection Board and after interview shortlisted candidates will appear for training session and after complete training candidates have to sign agreement for at least 10 years services in Pak Army. Stay in touch with us and keep visiting our website JobsAlert.pk for latest jobs. 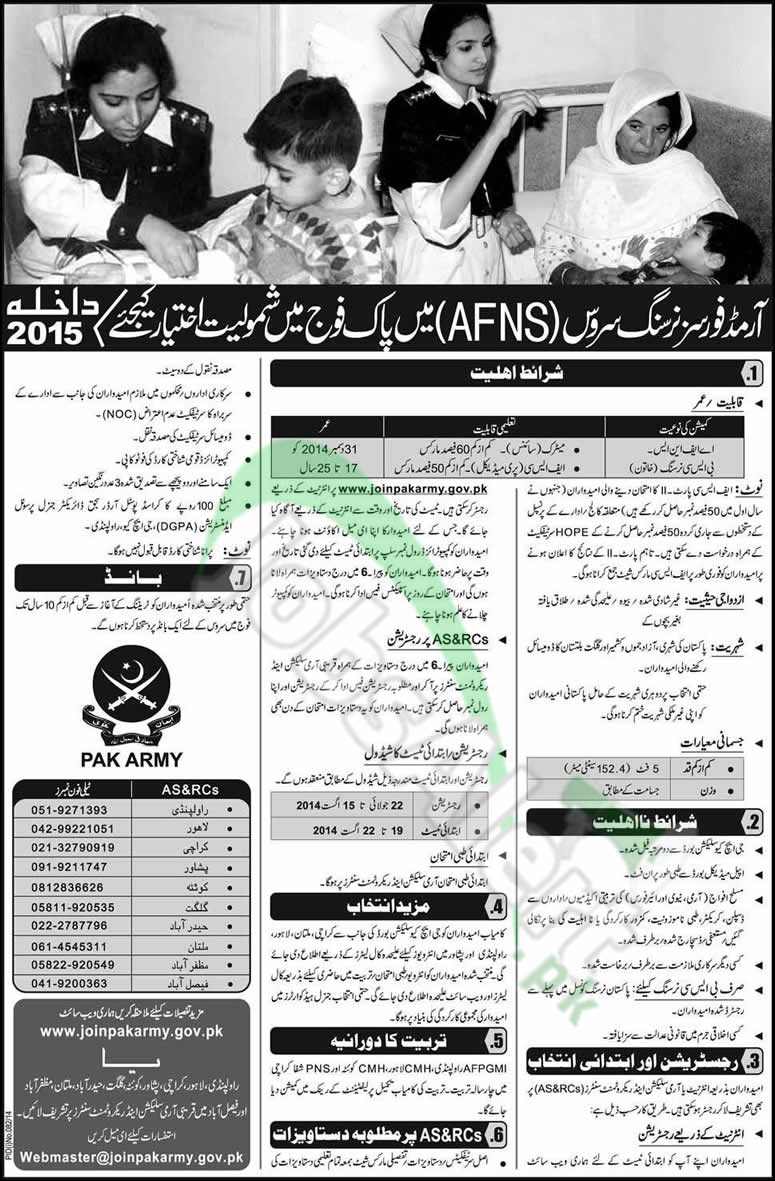