Jobs are vacant in District & Session Court Mirpurkhas, Government of Sindh, Mirpur Khas. District & Session Court Mirpurkhas Jobs 2014 Computer Operator & LDC. District & Session Court Mirpurkhas is seeking for highly qualified, very experienced, promising, dynamic, self driven, innovative, and committed candidate for the vacant positions such as (Data Coder / Computer Operator, Hardware / Repairing / Networking Technician and Junior Clerk). Those candidates who are willing to apply for the vacant position must have qualification and maximum experience in the relevant filed according to the eligibility criteria mentioned in the image posted below. Interested candidates who fulfill the criteria mention in the image posted below, should submit their applications and be a part of this session court. It is good opportunity for all those who have higher qualifications and they wanted to work in such type of government department, so feel free to apply for the vacant positions.

How To apply:
Interested applicants who meet the skills and competency requirements outlined in the eligibility criteria mentioned in the image below and desire to become a part of a well reputed session court, must submit their applications accompanied with attested photocopies of all relevant documents such as educational certificates, experience certificates, CNIC, domicile and two recent passport size photographs on the following address given below, before last date 02nd October, 2014. Final list of candidates will be issue on the notice board of court on 11th October, 2014. Written test and computer typing test for vacant position Sr. No. 1 to 2 will held on 16th October, 2014 and written test and computer typing test for Junior Clerk will held on 22nd October, 2014 and qualified candidates from written or typing test have to appear for interview on 29th October, 2014 and no TA/DA will be admissible to any candidate for appearing in test / interview. Candidates have to bring original documents at the time of interview. Stay in touch with us and keep visiting our website JobsAlert.pk for latest jobs. 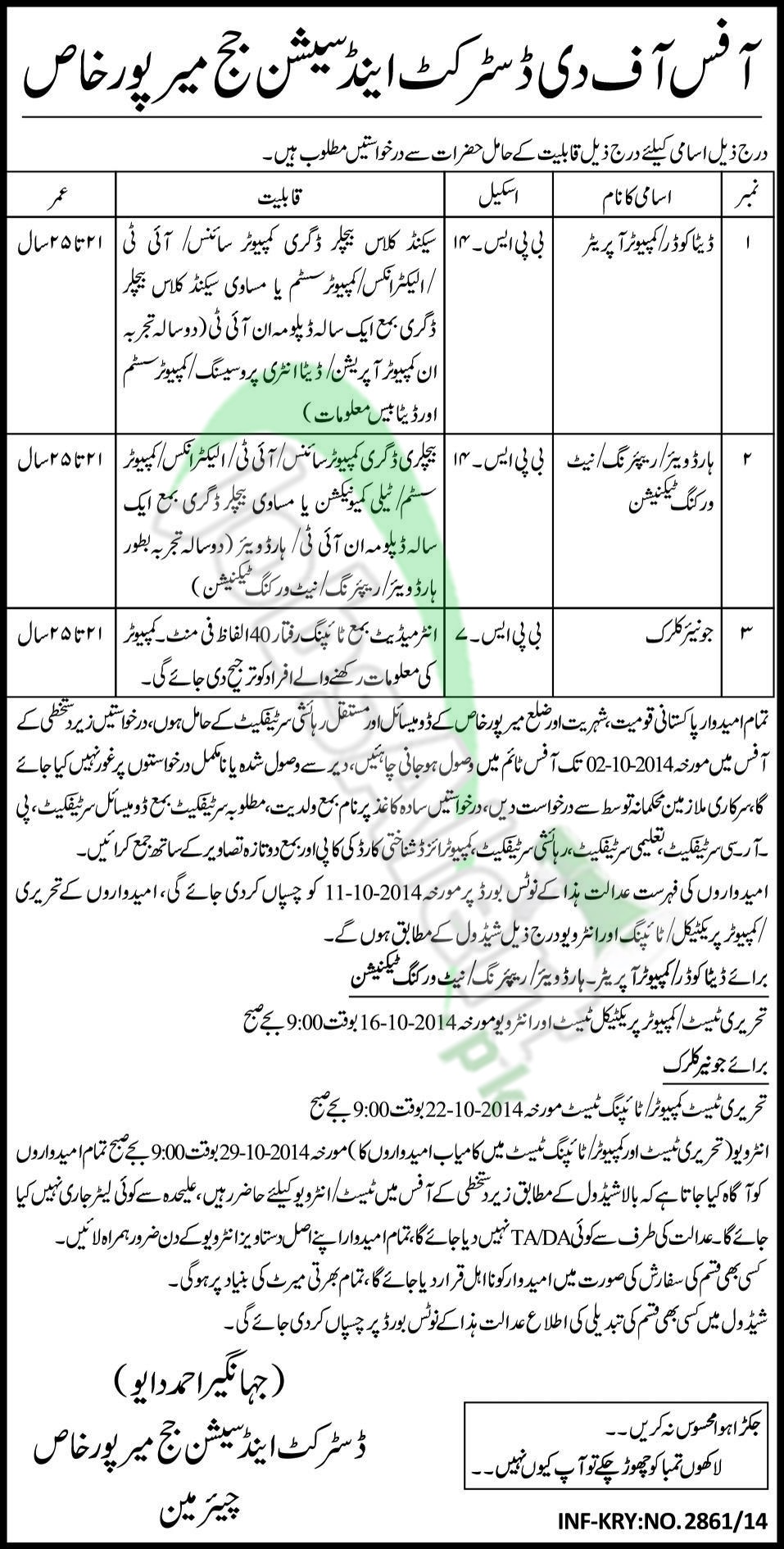