Admissions are open in COMSATS Institute of Information Technology, Pakistan. COMSATS Spring Admissions 2015 NTS Test. COMSATS is seeking for intelligent, well disciplined, fast learner, obedient and well behaved students for its newly started programs in different cities of Pakistan such as (Islamabad, Attock, Sahiwal, Abbottabad, Vehari, Virtual Campus and Wah). COMSATS has announced new programs in all the campuses of above mentioned cities and programs are Bachelors Programs, MS Programs, PhD Programs and all those students who are undergraduate or Graduate can apply in their relevant program. Those who are interested and willing to apply for the program must have qualification accordingly and they should submit their admission forms by following different steps given below. After submission of application form candidates have to follow admission schedule which is mentioned below in the image posted below. It is good chance for all those who wanted to have study in such type of leading educational institute.

Those candidate who wanted to apply for admission in COMSATS have to follow different steps given below. 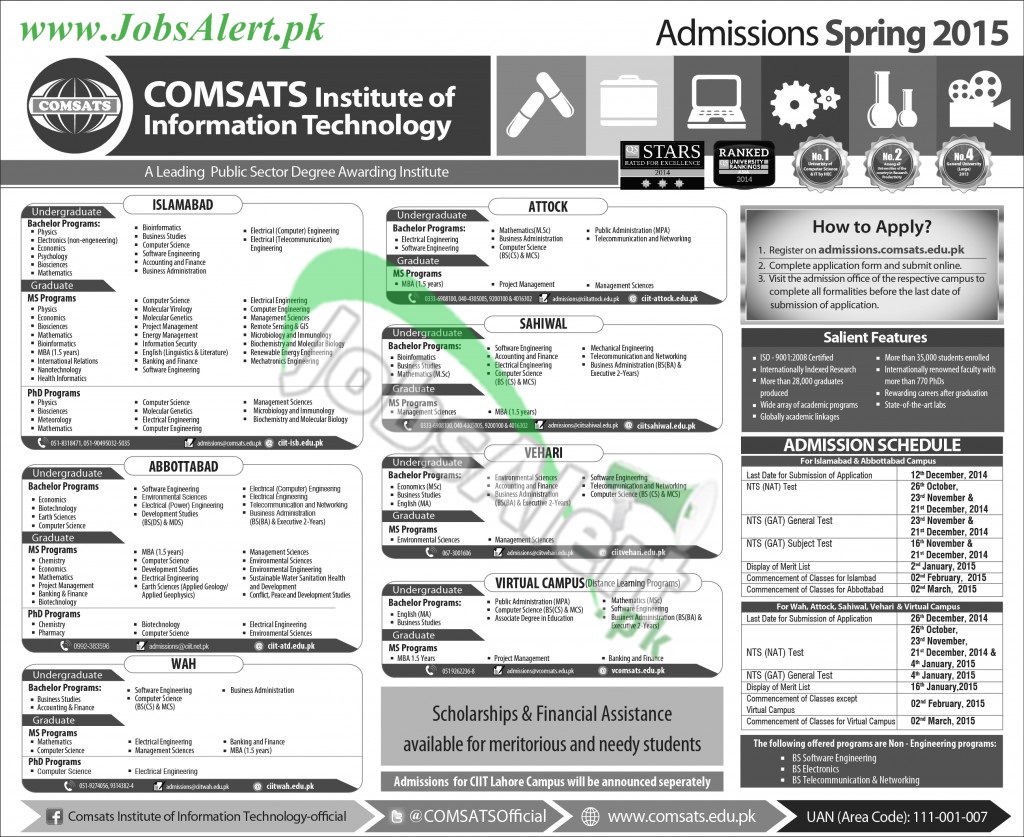