Jobs are vacant in Commandant Combined Military Hospital (CMH), Mardan. CMH Mardan Army Jobs 2014 in Punjab, Sindh, KPK & Balochistan. CMH Mardan is an Pak Army hospital working brilliantly in Mardan and this government hospital is seeking for highly educated, very experienced, hardworking, self motivated, determined and well disciplined individuals for the vacant positions such as (Data Base / System Administrator Assistant (BPS-14), Data Abase / System Administrator Technician (BPS-11), Store Man (BPS-09), UDC (BPS-09), LDC (BPS-07) and etc). Army hospital has set Kota for all the provinces of Pakistan and candidates from all over Pakistan can apply for the vacant positions according to the image posted below. Those candidates who desire to apply for the vacant positions must have qualification and maximum experience in the relevant filed according to the eligibility criteria mentioned in the image posted below. Interested candidates who fulfill the criteria mentioned in the image, should submit their applications and be a part of well reputed Hospital. It is good opportunity for all those who have higher qualifications and they wanted to work in such type of Government Hospital, so feel free to apply for the vacant positions. 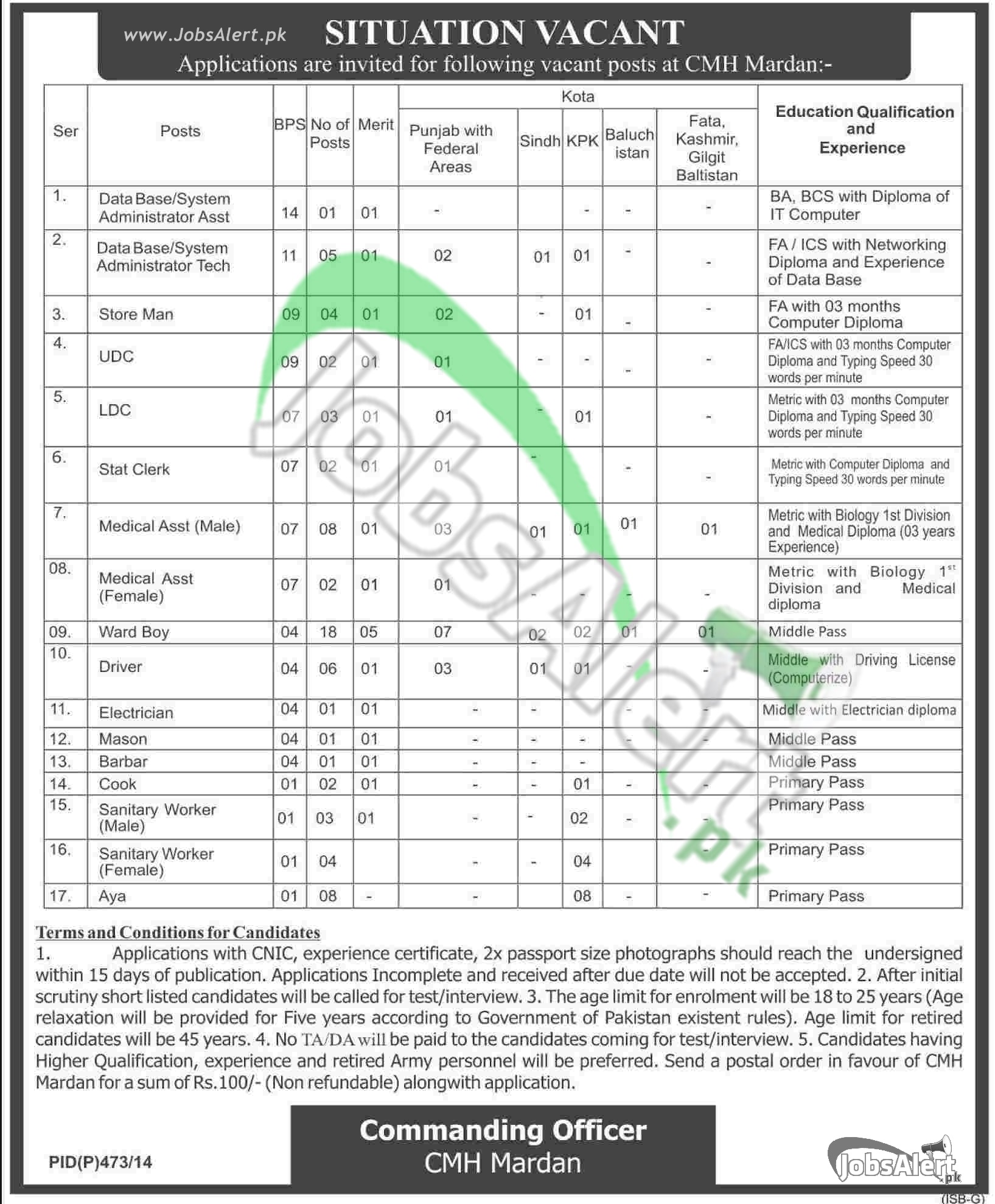