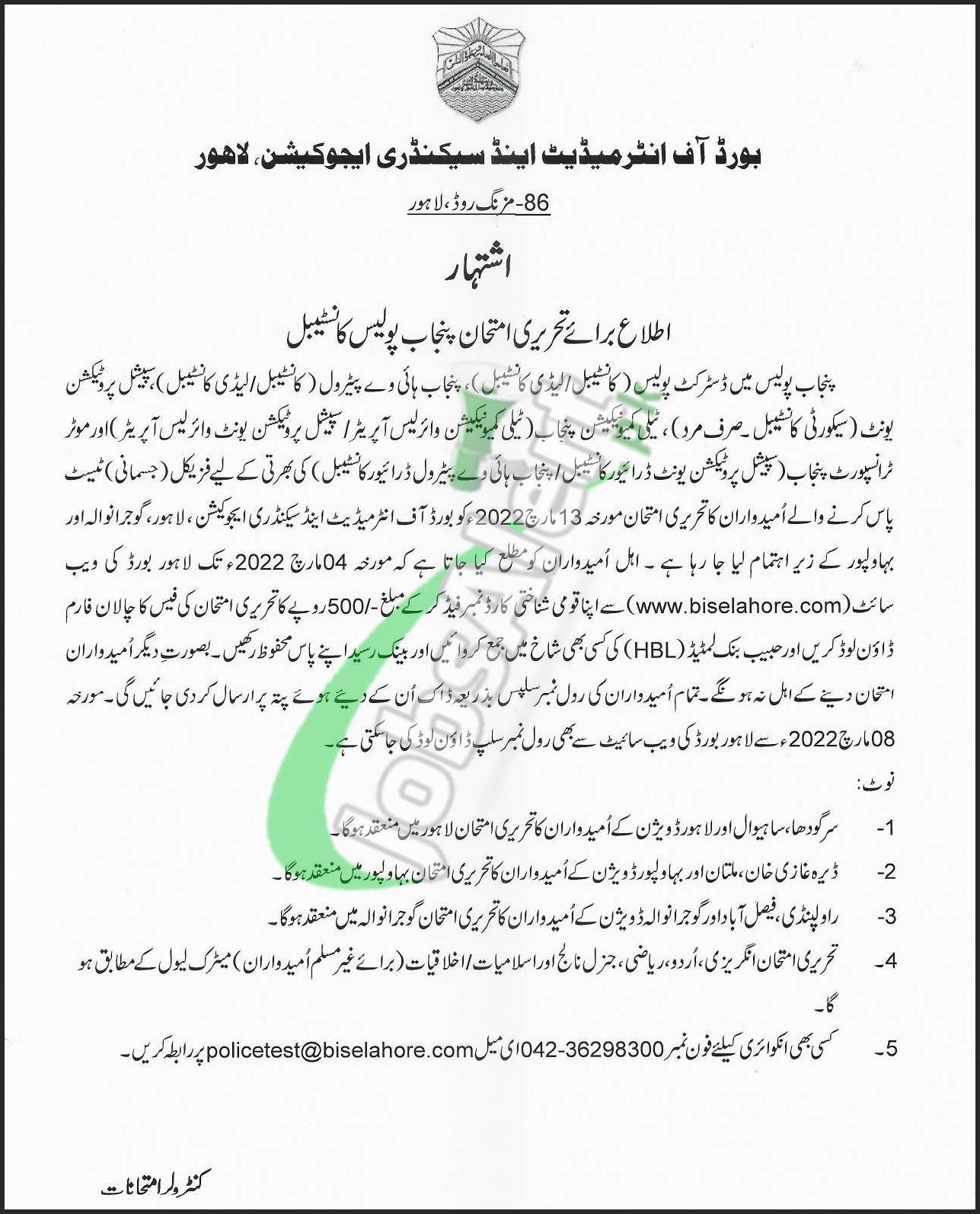 Check the Written Test Syllabus for Punjab Police Jobs Phase 2, Following are the subjects from which Written Test is going to conduct by the BISE Lahore Board.

All aspirants need to follow different steps to download Punjab Police Jobs Roll No. Slip for the Constable / Lady Constable vacancy and the steps are given below.

How to Check Punjab Police Result: