Rawalpindi city is located in the POTOHAR region of Punjab province, Pakistan and Latest Jobs in Rawalpindi 2020-2021 are given which means all those jobs announced especially for the residents of Rawalpindi will be available here. The city is ranked on 3rd number highest rank in the country and is the fourth largest city of Pakistan. The total area of city is approximately 108.8 square kilometers and 42.0 square miles. The military headquarters of Pakistan Army Forces are located in this populous city. The city established in meticulous manner in late 50’s after the establishment of the capital ISLAMABAD. The languages which are spoken in this city includes PUNJABI, MAJHI, POTOHARI, SHAHPURI and Urdu and English are well understood and spoken also. The city has a record history in assassination of various personalities which includes LIAQUAT ALI KHAN, ZULFIQAR ALI BHUTTO and BENAZIR BHUTTO. The climate of this city has long hot summers and short winters. The city has ample of educational institutes, visiting places, shopping malls and many more other facilities are there. The city’s economy is based on industries and mills. Mostly private sectors are successful in providing career opportunities to individuals. 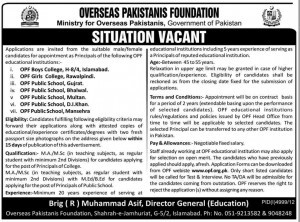 Jobs for Retired Medical Officer Required in Army. Applications are invites from the retired Army Medical Core Officers (General Duty Medical Officer/ Specialist) for Captain, Magor and Leftinent karnal rank on contract basis by the Army Medical Core. Appointed people shall be work in currently Pakistan any hospital / Setup of Army. How to apply, you read out the above advertisement carefully you will get the contact details or procedure to apply. If you touch with us then jobsalert.pk will be provide for you all latest jobs on here online, so please keep visit on this page to get latest updates.

Jobs for Assistant Electrical Engineer post Vacancy required in Rawalpindi. There are many people are find out new better jobs but not find, now you can easily check the new jobs advertisement from here online for you requirement. BSc (Electrical) with 5 years experience in beverages industry or DAE with 10 years experience. If you are interesting for that jobs then you must be apply before 06-05-2013 along with CV and recent photograph at Manager Human Resources P.O Box 13, Rawalpindi.

Jobs for Veterinarian post vacancy required in Dairy & Castle Feed Company Rawalpindi. if you interesting for that jobs then you must be apply very soon. A dairy & cattle feed company requires the SPO (Sale Promotion Officer) in the area of Rawalpindi/ Islamabad Candidates having the degree of DVM should send their Comprehensive CVs at [email protected] or to PO Box 23 Satellite Town Rawalpindi.

Apply Now
Previous 1 … 71
How helpful is this website for you? Share your feedback with us, or give us a like to help us improve. Stay up to date with us by following our Social Networks.